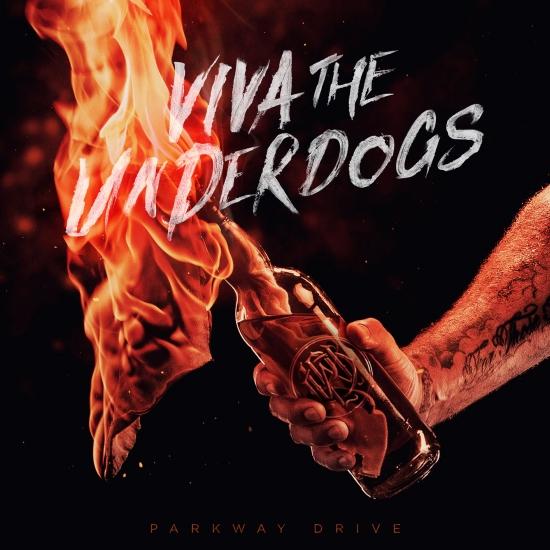 Info for Viva The Underdogs

Australian metal band Parkway Drive have announced Viva The Underdogs, the soundtrack to the band’s documentary film by the same name, to be released March 27. Featuring 11 live tracks from the band’s 2019 headlining set at German heavy metal festival Wacken Open Air, the soundtrack also includes 3 studio tracks recorded in German; “Würgegriff (Vice Grip)”, “Die Leere (The Void)”, and “Schattenboxen (Shadow Boxing)” which features German rapper Casper.
“This was hands down one of the most unique projects we’ve undertaken,” says vocalist Winston McCall on recording “Die Leere” (The Void). “The idea of taking our songs and interpreting them through another language was a massive challenge, but considering the amount of time, love and support that has been shown to us over the years we wanted to commit to doing the project with full integrity. The result is every effort being made to translate the meaning, spirit, and conviction of these songs in a language that is not our own. We hope the result helps to strengthen the connection this music creates. We offer you these songs out of respect and our heartfelt thanks for all the times you have sung them with us in their original forms. We hope you enjoy them as much as we enjoyed the process of creating them.”
The documentary, ‘Viva The Underdogs,’ features over a decade of behind the scenes personal footage, coupled with unprecedented access to the band’s most explosive live tours and world’s biggest music festivals. The film gives an incredibly honest and candid look at Parkway Drive’s 15-year underdog journey; the good-times, battles, triumphs, and sacrifices.
Parkway Drive 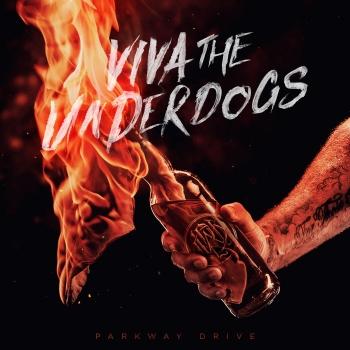 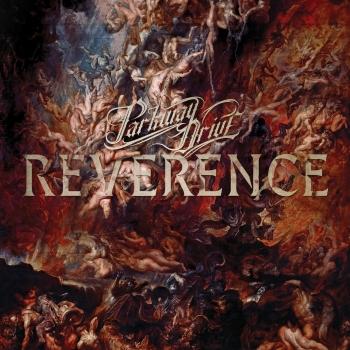 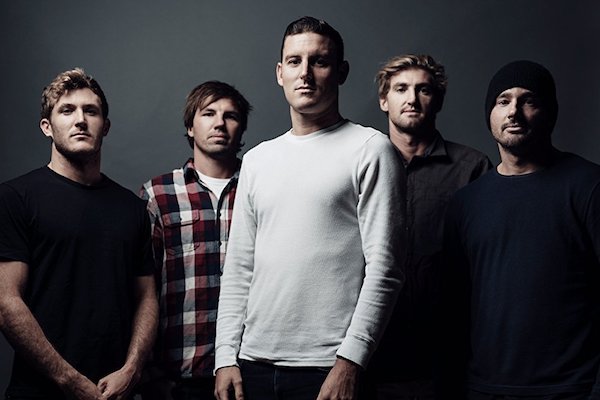 Parkway Drive
This generation saw the creation of the New Wave Of American Heavy Metal, when bands like Killswitch Engage, All That Remains and As I Lay Dying dominated Ozzfest, Vans Warped Tour and Rockstar Mayhem with a bold new sound combining the best elements of the New Wave of Swedish Death Metal, traditional heavy metal and visceral underground hardcore. Australia answered back with Parkway Drive.
Byron Bay’s brightest is now an international force, seizing the worldwide crown through sheer determination, force of will and undeniable musicality. It’s all courtesy of pulverizing but unforgettably catchy riffs, vocals that connect on levels that are at once urgent and visceral and a groundswell of support with fans and press that stretches across several continents. Whether headlining Never Say Die in Europe, setting the stage ablaze on Thrash and Burn in the US, launching their own Mix N’ Mash in Australia or stealing the show at festivals ranging from Download to Sonisphere, Parkway Drive has earned a reputation as one of the most vitally important bands of the modern metal age.
New Musical Express, Alternative Press, Metal Hammer and countless other publications have recognized what the worldwide underground has long known: Parkway Drive has perfected the special blend of heavy histrionics and crowd-participation-inducing connectivity so many bands aspire toward yet too few achieve.
The band’s fourth album, Atlas, may conjure the image of the classic muscle-bound man of the same name balancing the weight of the Earth on his shoulders… But Parkway Drive has the world in their palm.
Killing with a Smile grabbed the attention of the group’s peers in North America and Europe in 2005 even as it catapulted Parkway Drive to be the standard bearers of Metalcore in their native Australia. By the time Horizons arrived two years later, Parkway had gone from being a “band’s band” outside their home territory to a force to be reckoned with alongside the genre’s biggest stars. Nonstop touring and the continued development of one of the rare groups whose lineup has defied genre convention by barely ever fracturing resulted in 2010’s Deep Blue, which cracked the Top 40 in America and debuted at #2 in Australia, where it eventually went gold and won an ARIA award.
In a 2010 cover story, metal tastemaker Kerrang! declared Parkway Drive “The Band You Need To Hear Right Now!,” going on to write, “Want one band to get excited about and believe in? It’s time to get acquainted with the Aussie metalcore mob Parkway Drive.”
Throughout their career, Parkway Drive has worked with the best and brightest producers in the field, including Killswitch guitarist Adam Dutkiewicz (Underoath, Shadows Fall, Unearth) and Joe Baressi (Tool, Coheed and Cambria, Bad Religion). For Atlas, the band convened in Los Angeles with Matt Hyde (Slayer, Children Of Bodom, Hatebreed) to craft their most defining work, assembling the most important components of what’s come before with brand new elements and flavor.
On Atlas, Parkway Drive has achieved an improbable victory that so often eludes bands: they’ve retained the classic elements of their sound while broadening their horizons with new textures and dynamics. Parkway Drive has managed to avoid being stale, to evolve, without compromising their identity. They have figured out a way to stay true to both their own creative muses and the expectations of their most loyal fans simultaneously. It’s a feat to be admired by all comers.
Parkway Drive is armed with some of the most upfront and confrontational Metalcore material the world has ever known, balanced with jaw-dropping turns into lush terrain even as they are constantly solidifying their hard-won position as leaders in the field. Always hungry, always filled with ambition, Parkway Drive is embraced by heavy music enthusiasts in places as diverse as China and India, as chronicled on their gold-selling DVD, Home is for the Heartless.
Across all four albums and year-round onstage, to their supportive fans worldwide, Parkway Drive is passion personified.