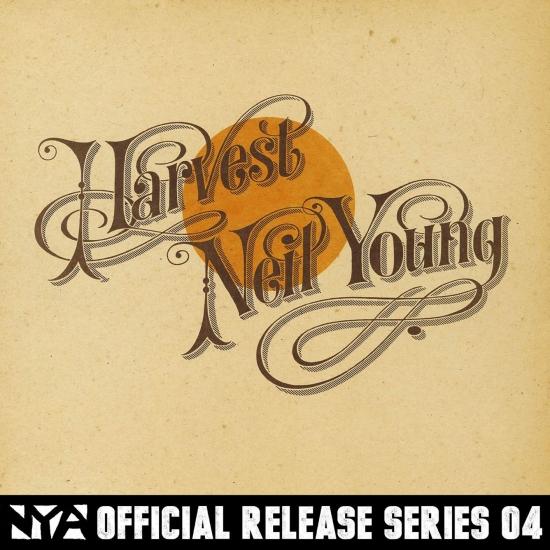 Recognized as one of Young's (and hence one of rock & roll's) finest albums,“Harvest“ put the singer on the mainstream map with the mega-hit 'Heart of Gold,' which defined a soft folk-rock style frequently revisited by lesser artists throughout the 1970s. It also features some of his darker compositions, like the entropy-obsessed 'Old Man' and the junkie eulogy, 'The Needle and the Damage Done,' one of Young's most haunting and compelling songs.
Deceptively laid-back-sounding country-rock plaints like 'Out on the Weekend' and the title cut caress the ear unassumingly, pulling you into the more ominous subtext that is present even in the rollicking 'Are You Ready for the Country.' As always, Young has an ear for contrasts, laying down heavy rock ('Alabama') beside his balladry, and even employing the London Symphony Orchestra on the excellent confessional 'A Man Needs a Maid.' Due to back troubles, Young recorded much of this material while wearing a brace, a fact that seems audible in the tension and unease that underlies the friendly, acoustic surface of this superb release.
„Neil Young's most popular album, Harvest benefited from the delay in its release (it took 18 months to complete due to Young's back injury), which whetted his audience's appetite, the disintegration of Crosby, Stills, Nash & Young (Young's three erstwhile partners sang on the album, along with Linda Ronstadt and James Taylor), and most of all, a hit single. 'Heart of Gold,' released a month before Harvest, was already in the Top 40 when the LP hit the stores, and it soon topped the charts. It's fair to say, too, that Young simply was all-pervasive by this time: 'Heart of Gold' was succeeded at number one by 'A Horse with No Name' by America, which was a Young soundalike record. But successful as Harvest was (and it was the best-selling album of 1972), it has suffered critically from reviewers who see it as an uneven album on which Young repeats himself. Certainly, Harvest employs a number of jarringly different styles. Much of it is country-tinged, with Young backed by a new group dubbed the Stray Gators who prominently feature steel guitarist Ben Keith, though there is also an acoustic track, a couple of electric guitar-drenched rock performances, and two songs on which Young is accompanied by the London Symphony Orchestra. But the album does have an overall mood and an overall lyric content, and they conflict with each other: The mood is melancholic, but the songs mostly describe the longing for and fulfillment of new love. Young is perhaps most explicit about this on the controversial 'A Man Needs a Maid,' which is often condemned as sexist by people judging it on the basis of its title. In fact, the song contrasts the fears of committing to a relationship with simply living alone and hiring help, and it contains some of Young's most autobiographical writing. Unfortunately, like 'There's a World,' the song is engulfed in a portentous orchestration. Over and over, Young sings of the need for love in such songs as 'Out on the Weekend,' 'Heart of Gold,' and 'Old Man' (a Top 40 hit), and the songs are unusually melodic and accessible. The rock numbers, 'Are You Ready for the Country' and 'Alabama,' are in Young's familiar style and unremarkable, and 'There's a World' and 'Words (Between the Lines of Age)' are the most ponderous and overdone Young songs since 'The Last Trip to Tulsa.' But the love songs and the harrowing portrait of a friend's descent into heroin addiction, 'The Needle and the Damage Done,' remain among Young's most affecting and memorable songs.“ (William Ruhlmann, AMG)
Neil Young, acoustic guitar, electric guitar, piano, harmonica, lead vocals
Ben Keith, pedal steel guitar
Jack Nitzsche, piano, lap steel guitar
Tim Drummond, bass
Kenny Buttrey, drums
Teddy Irwin, second acoustic guitar
John Harris, piano
James McMahon, piano
James Taylor, banjo guitar, backing vocals
Linda Ronstadt, backing vocals
David Crosby, backing vocals
Stephen Stills, backing vocals
Graham Nash, backing vocals
London Symphony Orchestra
Produced by Neil Young, Elliot Mazer, Henry Lewy, Jack Nitzsche
Digitally remastered