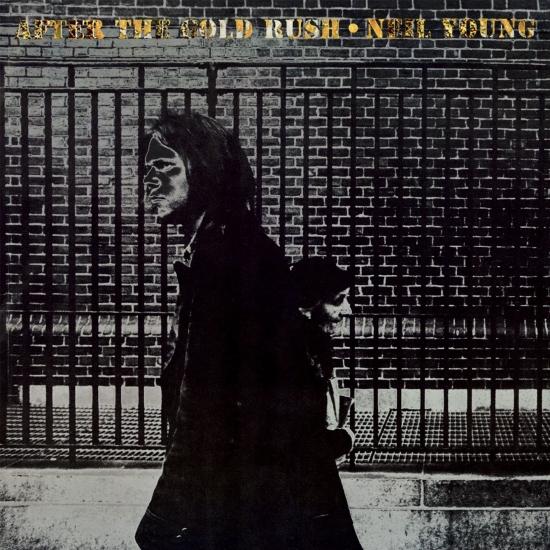 Info for After the Gold Rush (Remastered)

„After the Gold Rush“ mixes up the hard rock of „Everyone Knows This Is Nowhere“ and the folk and country leanings Young pursued with Crosby, Stills And Nash in one of his most eclectic and satisfying releases. The acoustic picking on the opener, "Tell Me Why," frames Young's vulnerable warble beautifully, signaling the softer aspect of the album. But the electric crunch of "Southern Man," a raging tour de force protest song that captures the special chemistry between Young and backing group Crazy Horse, balances Young's sensitivity with aggression and amplification.
The album continues its collage of styles, from the wistfulness of "Only Love Can Break Your Heart" to song fragments like "Til the Morning Comes" to the transformation of Don Gibson's "Oh Lonesome Me" from canter to ballad. But the crowning achievements are the album's magnificent title track, a vividly drawn portrait of post-'60s melancholy, and the gorgeous, aching "Birds," a swan song heralding emotional departure. Both songs are graced by Nils Lofgren's delicate piano, and stand as two of Young's finest compositions. In a catalogue filled with rock classics, „After the Gold Rush“ still ranks among the best.
„In the 15 months between the release of Everybody Knows This Is Nowhere and After the Gold Rush, Neil Young issued a series of recordings in different styles that could have prepared his listeners for the differences between the two LPs. His two compositions on the Crosby, Stills, Nash & Young album Déjà Vu, "Helpless" and "Country Girl," returned him to the folk and country styles he had pursued before delving into the hard rock of Everybody Knows; two other singles, "Sugar Mountain" and "Oh, Lonesome Me," also emphasized those roots. But "Ohio," a CSNY single, rocked as hard as anything on the second album. After the Gold Rush was recorded with the aid of Nils Lofgren, a 17-year-old unknown whose piano was a major instrument, turning one of the few real rockers, "Southern Man" (which had unsparing protest lyrics typical of Phil Ochs), into a more stately effort than anything on the previous album and giving a classic tone to the title track, a mystical ballad that featured some of Young's most imaginative lyrics and became one of his most memorable songs. But much of After the Gold Rush consisted of country-folk love songs, which consolidated the audience Young had earned through his tours and recordings with CSNY; its dark yet hopeful tone matched the tenor of the times in 1970, making it one of the definitive singer/songwriter albums, and it has remained among Young's major achievements.“ (William Ruhlmann, AMG)
Ranked #71 in Rolling Stone's "500 Greatest Albums Of All Time" - "...An album of heartbreaking ballads....The music is gentle..." (Rolling Stone)