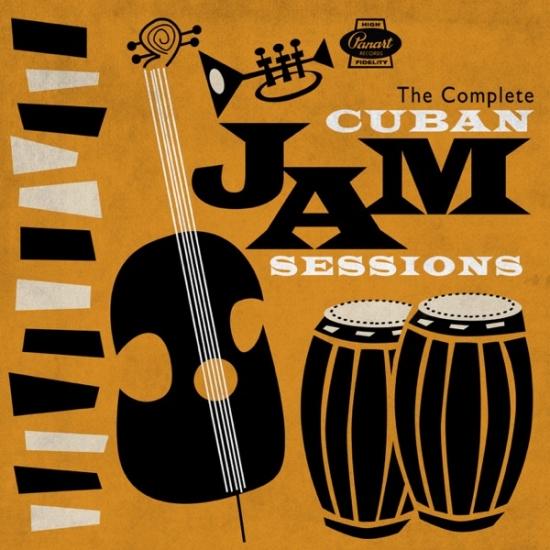 Just as American jazz musicians of the 1950s typically headed off to jam sessions following their last sets at clubs, Cuban musicians did the same in Havana. Musicians who dressed in guarachera shirts to play for tourists in hotel ballrooms slipped into button-down shirts and slacks after work at 3 a.m. and headed off to play for themselves. In some cases, they wound up at the recording studio of Ramo´n Sabat's Panart Records. There, a dozen or so guests stood along the studio's perimeter waiting to enjoy the music. Musicians and guests were usually fortified by food and rum and cola, creating a party atmosphere. The results of these early-morning gatherings were five albums entitled Cuban Jam Session Vol. 1-5.
The music on these discs provides insights into the development of Latin jazz by legendary Cuban musicians before, during and apart from the Castro regime. As you'll hear, the improvised music has strong, rich rhythms but there's a quaint lyricism as well. It's not as explosively mambo-centric as American Cuban dance music of the period, emphasizing instead individual jazz-inspired soloists and the more subtle and nuanced countryside folk forms popular in Cuba.
Vol. 1 was recorded in 1956 and was directed by jazz-influenced pianists Julio Gutie´rrez and Pedro Nolasco Jústiz Rodríguez.
Vol. 2 was recorded in 1957 and was led by the same musicians.
Vol. 3 was recorded in 1962 in Havana, despite Fidel Castro's 1959 revolution. It was led by be-bop influenced guitarist Nin~o Rivera, who played the tres.
Vol. 4 was recorded in 1957 and was led by bassist Israel “Cachao” Lopez.
And Vol. 5, led by flutist Jose Fajardo, was recorded in New York in 1964. By then, Sabat had fled Cuba.
Digitally remastered 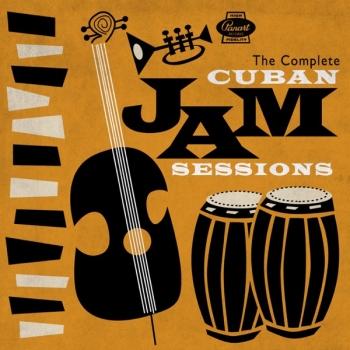