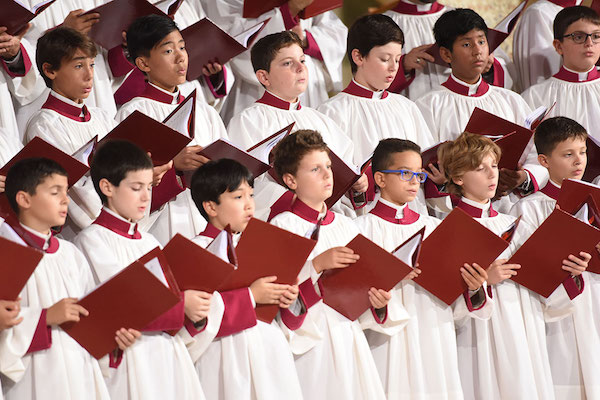 Sistine Chapel Choir
The Pontifical Musical Chapel “Sistina”, commonly known as the Choir of the “Sistine Chapel” is the chorus of the liturgical celebrations of the Supreme Pontiff. Present since the first centuries of the Church, it was reorganized in the sixth century by Pope St.Gregory the Great, underwent major changes under Boniface VIII, and it was reorganized by Sixtus IV in 1471; since then, the Pontifical Musical Chapel became the Pope’s personal choir and was renamed “Sistina choir” as a tribute to the man who revived it, and because usually the choir sang in this chapel. During the Renaissance, Singers Chapel “Sistine”, among others, were Giovanni Pierluigi da Palestrina, Luca Marenzio, Cristobal Morales, Costanzo Festa, Joaquin de Prés and Jacob Arkadeh. In the nineteenth century the Chapel had as its illustrious directors composers such as Giuseppe Baini and Domenico Mustafa. In 1898, Maestro Lorenzo Perosi became the director and, in 1956, Domenico Bartolucci. From 1997 to 2010 it was directed by Msgr. Giuseppe Liberto. On October 16th, 2010 His Holiness Benedict XVI appointed Msgr. Massimo Palombella Master Director of the Sistine Chapel Choir. In addition to its main commitment under the Papal Liturgy, the Choir of the Sistine Chapel in its totality as well as with only the White Voices section, performs in concerts around the world where, through the historical heritage of music for Liturgy, it carries out, according to its mandate, a work of Evangelization.