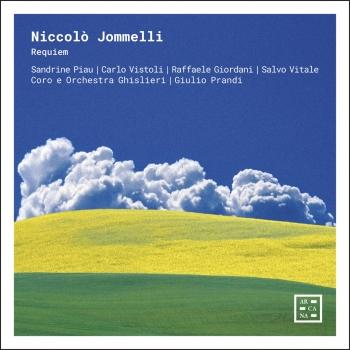 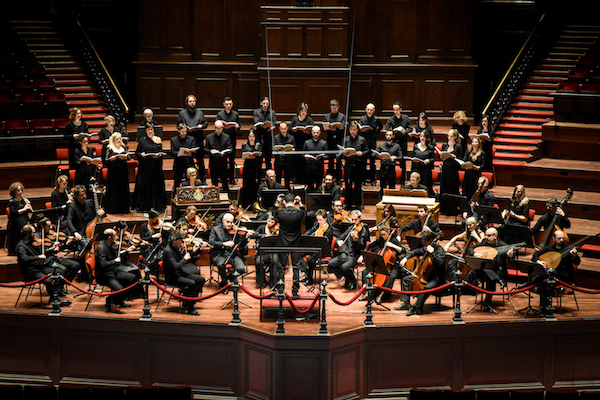 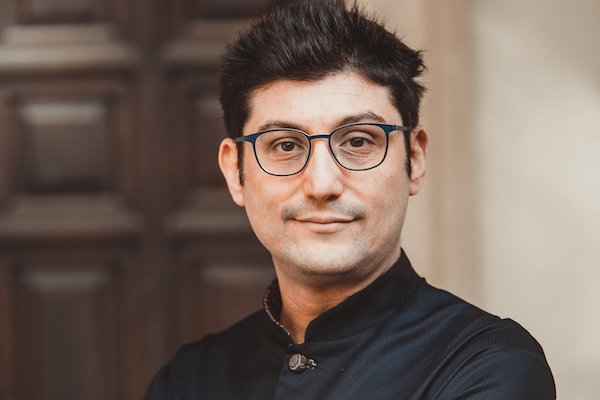 Coro e Orchestra Ghislieri
is an Italian vocal and instrumental ensemble which specializes in the sacred repertoire of the eighteenth century. Founded in 2003 by their conductor, Giulio Prandi, Coro e Orchestra Ghislieri is the ensemble in residence of the historic Collegio Ghislieri of Pavia, and have performed in prestigious European concert halls and at major international festivals. In 2018, they celebrated their 15th anniversary debuting at the Concertgebouw in Amsterdam, in January, and at the Berliner Philharmonie, in November.
After a series of CDs produced for Sony - Deutsche Harmonia Mundi, in 2018 a new album devoted to Pergolesi has been published for Arcana - Outhere Music and received the prestigious prize Diapason Découverte. In 2019 they will record a new CD for Arcana – Outhere Music dedicated to Jommelli’s Requiem.
Since 2017, their musical research has been supported by a Scientific Committee established in partnership with the Musicology and Cultural Heritage Department of the University of Pavia.
Giulio Prandi
is an Italian conductor, who specialises in the vocal and sacred repertoire of the 18th century. He is the artistic and musical director of Ghislierimusica at the Collegio Ghislieri of Pavia, founded and conducts the Ghislieri Choir & Consort, with whom he performed at many international concert venues and made numerous recordings. He also is always involved in the popularisation of early music in his area, particularly by following the activities of the University Choir of Collegio Ghislieri. Since 2017, he has taught choral singing at the Conservatorio F. Vittadini in Pavia. In 2017 and 2018, he held a workshop on the Italian sacred vocal repertoire of the 18th century at the Conservatorio G. Verdi in Milan.
“Prandi produces admirably direct and strongly characterized performances, with alert and polished playing from the period-instrument orchestra. The choir is also excellent, with words to the fore and a pure blended sound but with plenty of energy and virtuosity where required.” – Peter Holman, Early Music (Oxford University Press), February 2017