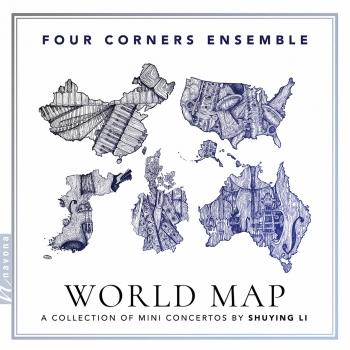 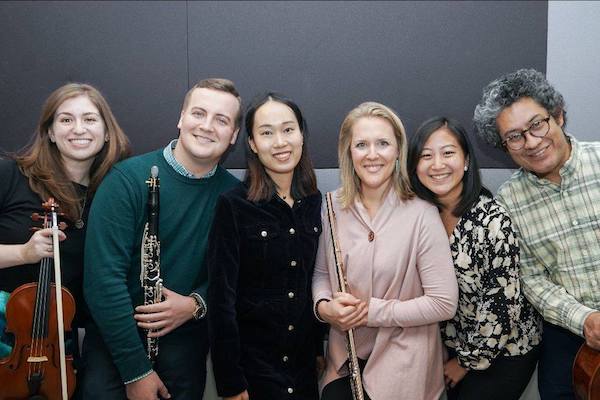 Four Corners Ensemble
(4CE) is a non-profit organization with 501(c)(3) status. It was founded to promote contemporary classical music and cultural diversity. With members originally from different countries and cultural backgrounds, 4CE is dedicated to the mission of cultivating diversities and international collaboration through creating and performing contemporary music with musicians from different cultures, and bringing high-quality concert experience to a variety of communities around the globe. ​
Founded in 2017, 4CE has been featured in collaborated with the Hartford Opera Theater, the Shanghai Conservatory of Music, and has also initiated the first Operation Opera festival at the University of Michigan where the premiered 8 contemporary operas with musicians coming from all over the world in May 2018. During the 2018-2019 Season, 4CE has been presented as the ensemble-in-residence at the 20th International Chopin & Friends Festival in New York, and has performed at the Carnegie Hall’s Weill Recital Hall (NY), the Polish Consulate-General New York, Arete Venue and Gallery, University of Hartford (CT), University of Michigan (MI), and Kerrytown Concert House (MI). In May 2019, 4CE traveled to China for the inaugural Jimo Ancient City International Classical Music Festival in Qingdao, as well as residencies at the Qingdao University of Science and Technology and Shanghai Conservatory of Music to perform its core project, “World Map Concerti Series." ​
​4CE future engagements include residencies at the International Chopin and Friends Festival sponsored by New York Dance & Arts Innovation, the "World Map Concerti Series” Album recording and release, and its 2019-20 Season program, “Migration,” which drives the exchange of diverse ideas, serving as a catalyst for a more universal understanding of what it means to be human.