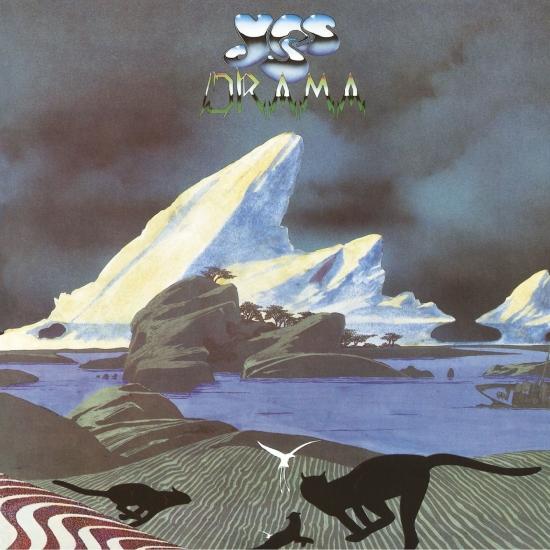 It was widely assumed that when vocalist/songwriter Jon Anderson left Yes at the end of the '70s, the band was doomed. Most folks forgot that bassist/composer Chris Squire was the other founding member of the band, and he had as much to do with their sound as Anderson. It was surprising enough when the band decided to continue with a new vocalist and keyboardist. It was even more surprising when the new members turned out to be Trevor Horn (later a famed pop producer) and Geoff Downes (who would soon depart with Steve Howe for Asia). And it was downright shocking when the resultant album „Drama“ turned out to be a great one. While Horn's voice is in the same general range as Anderson's, he tends to blend more with the vocals of Howe and Squire for a distinctive three-part harmony sound. Similarly, the individual instrumental statements of Howe and Downes avoid grandstanding in favor of the group dynamic. Consequently, „Drama“ is one of Yes' most direct, concise offerings, full of relatively short songs that still maintain all the Yes hallmarks. Anderson diehards should leave their inhibitions at the door.
Trevor Horn, vocals, bass
Steve Howe, guitar, background vocals
Geoff Downes, keyboards, sound effects
Alan White, drums, background vocals
Christopher Russell Squire, piano, bass, background vocals
Recorded at the Town House, London, England
Digitally remastered