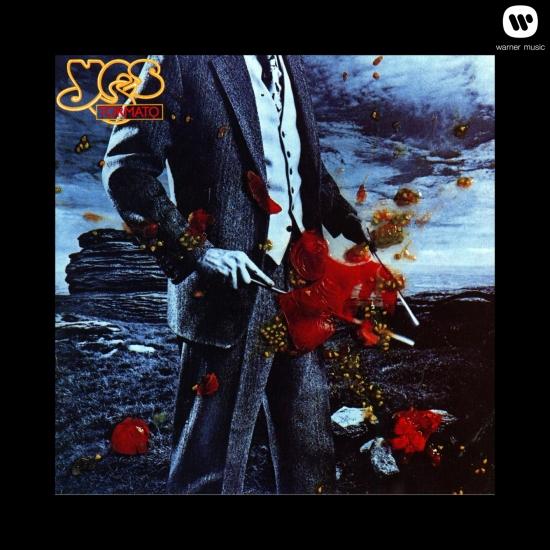 Yes released Tormato (heralded by the single “Don’t Kill the Whale“ an unusually direct song for the group with its topical message).
In 1979,”Don’t Kill The Whale” reached the top 10 on both UK and US charts. However, trouble was brewing as sessions for the band’s next album fell apart at the end of 1979, with Wakeman and Anderson leaving the band.
Anderson’s focus was turning to a collaboration with Vangelis. The two released an album, Short Stories, and an accompanying single, “I Hear You,” in January 1980, both of which reached the British top 10. Jon & Vangelis, as the team became known, went on to cut several more records together.
In a surprise move, Trevor Horn (vocals) and Geoffrey Downes (keyboards) of the British band The Buggles (whose “Video Killed the Radio Star” had made number one in several countries), joined Steve Howe, Chris Squire and Alan White in a new Yes.
Jon Anderson, vocals, 10-string guitar
Steve Howe, acoustic & electric guitars, background vocals
Rick Wakeman, Hammond B-3 organ, Polymoog synthesizer/keyboards
Chris Squire, bass, background vocals
Alan White, vibraphone, drums, crotales, percussion
Engineered by Geoff Young, Nigel Luby
Executive-Producer: Brian Lane (3)
Recorded at Advision Studios, London, England
Reissue Produced by Bill Inglot
Remastered by Bill Inglot, Dan Hersch
Digitally remastered