Close To The Edge (Remastered) YES 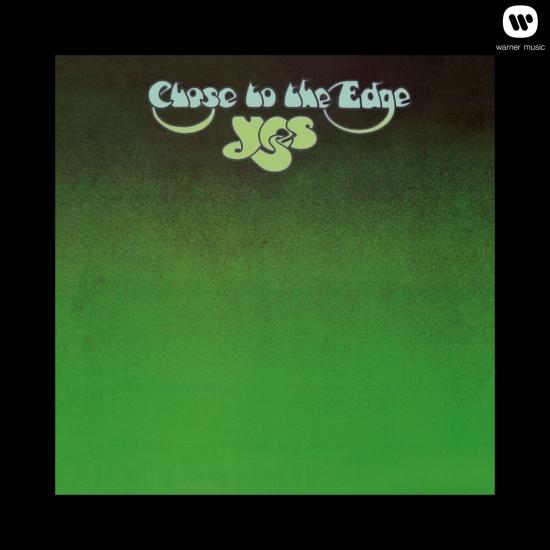 Info for Close To The Edge (Remastered)

"Close To The Edge" was released on 13 September 1972 and is widely regarded as one of the greatest progressive rock albums ever recorded. Inspired by Siddharta and their “state of mind” at the time, Yes’s 5th album is widely regarded as their masterpiece. The Gold-certified work remains a crowning achievement in the band’s illustrious career. It reached the Top Ten in both the U.K. and in the U.S., where it spent thirty-two weeks on the charts. Close To The Edge includes the epic standout "And You And I."
Guitar World named it one of their "100 Greatest Guitar Albums of All Time." This flawless classic is also included in the book, "1001 Albums You Must Hear Before You Die".
"For most Yes obsessives, the band’s artistic peak came in the early ’70s, with the back-to-back landmark albums "Fragile" and "Close to the Edge."
Though they continued to produce beautiful, challenging, influential music throughout the decades that followed (and even today, are still cookin’ in their mid-60s), these forward-thinking Brits set an untouchable precedent during this fertile period, as ‘Close to the Edge’ makes evident.
The biggest reason is the visceral chemistry between the players. The quintet of vocalist-lyricist Jon Anderson, guitarist Steve Howe, bassist Chris Squire, keyboardist Rick Wakeman, and percussionist Bill Bruford only made two albums together (Bruford exited the band to join the Robert Fripp-led experimentalists King Crimson, antsy after an especially arduous mixing process). But in a way, they said all they needed to say on this album. The combination of Anderson’s psychedelic, wide-eyed lyrics and anthemic vocal melodies fit perfectly with some of the fiercest, most intricately layered instrumental passages in the history of rock music. Those passages came courtesy of Bruford’s jazz-fusion finesse, Wakeman’s classical-tinged elegance, Howe’s spidery eclecticism, and Squire’s surging, muscular thud.
Another reason this album remains a touchstone is that it never lapses into the noodling or show-offy antics that plagued so many prog-rock albums during the genre’s peak. Instead, ‘Close to the Edge’ (particularly the four-part, 18-minute title suite) is incredibly nuanced, composed with such masterful flow and economy that every solo or lyric or riff feels connected in a cosmic, over-arching fashion. Even at its most complex (the deceptively tricky ‘Total Mass Retain‘ section), the simplest ideas shine through. Howe’s sublime guitar theme (which runs throughout the entirety of the title-track) is one of the most elegant in the prog cannon.
But while ‘Close to the Edge’ may be the album’s inevitable stand-out, two other excellent tracks round out the disc:. ‘And You And I’ is a mini-epic, utilizing Howe’s most melodic and emotional 12-string work and a spine-chilling Anderson lead vocal, while ‘Siberian Khatru‘ closes the festivities with an instrumental workout that blends funky full-band riffing with jazz-fusion-styled interplay, pitting Wakeman’s bubbling organ against Howe’s soaring leads (co-arranged by Bruford, in a classic example of the band writing for each other’s instruments). From a lyrical (and personal) standpoint, Anderson was becoming increasingly more interested in exploring his spiritual side. In particular, he was influenced by Herman Hesse’s novel ‘Siddhartha,’ in which an Indian man alive during Buddha’s time experiences an inner awakening through nature. These themes would explode into fascinating indulgence on the band’s following album, 1973′s frequently reviled (and vastly underrated) ‘Tales from Topographic Oceans.’ On ‘Close to the Edge,’ Anderson’s druggy, spiritual visions peaked in clarity.
“Jon would take things out of the personal, autobiographical sense and put it in a worldly sense,” Howe notes in the liner notes to the album’s 2003 reissue. “It’s all metaphors,” Anderson told Sea of Tranquility. “That’s when I went through that very strong period of just sketching and writing whatever I sang as being a state of consciousness. I would smoke a joint and just have fun and write: ‘A seasoned witch can call you from the depths of your disgrace / And rearrange your liver to the solid mental grace.’ And I know exactly what it means. ‘A seasoned witch can call you from the depths of your disgrace‘ — Your higher self can call you from the depths of your disgraceful feelings, your doubts. ‘And rearrange your liver‘ — you can rearrange your body to a ‘solid mental grace.’ The liver is a very powerful part of the body, so it can rearrange your physical self to a higher state of mind.”
“Close to the Edge, round by the corner,” Anderson continues, “I was reading ‘Siddhartha.’ So everything means something to me. And people can say what they want — I don’t care — because I know what I was saying was what I was thinking, what I was dreaming.”
In the same interview, Anderson expands on the album’s spiritual themes. “When I was writing ‘Close to the Edge’ with Steve [Howe], I was reading a lot about spirituality and how it stretches across the entire world. There’s a connection, like all rivers lead to the same ocean, so I thought, you know, ‘Close to the edge, down by the river.’ And it’s like, people say ‘Close to the Edge’ is about disaster,’ but no, it’s about realization! We’re on this journey, and the only reason we live is to find the divine. To find God from within.”
Yes’ spiritual quests would reap many further rewards throughout the years. But from a musical standpoint, they truly “found God” on ‘Close to the Edge,’ setting a staggering precedent for prog-rock mastery that no other band (Yes included) has managed to reach since. (Ryan Reed, www.ultimateclassicrock.com)
Jon Anderson, vocals
Chris Squire, bass, vocals
Rick Wakeman, keyboards
Bill Bruford, drums
Steve Howe, guitars, vocals
Produced by Eddy Offord and Yes
Digitally remastered