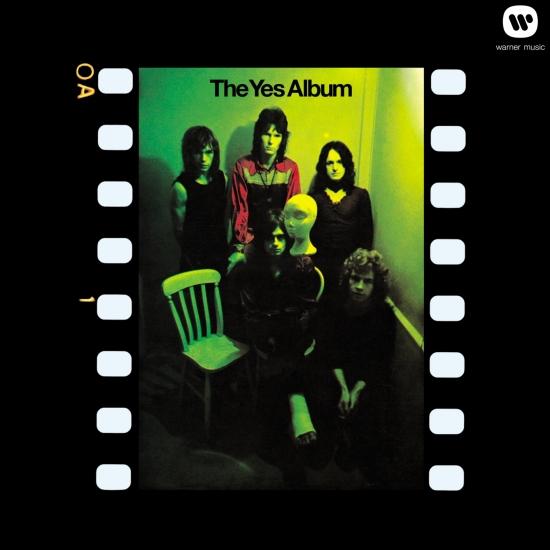 Info for The Yes Album

It was with the release of The Yes Album in April of 1971 that the public began to glimpse the group’s full potential. That record, their first made up entirely of original compositions, was filled with complex, multi-part harmonies. Loud, heavily layered guitar and bass parts, beautiful and melodic drum parts and surging organ (with piano embellishments) passages bridging them all. Everybody was working on a far more expansive level than on any of their previous recordings.
On “Your Move” (which became the group’s first U.S. chart entry, at number 40), the harmonies were woven together in layers and patterns that were dazzling in their own right, while “Starship Trooper” (which drew its name from a Robert Heinlein novel, thus reinforcing the group’s space rock image) and “I’ve Seen All Good People” gave Howe, Squire, and Bruford the opportunity to play extended instrumental passages of tremendous forcefulness.
“Starship Trooper,” “I’ve Seen All Good People,” “Yours Is No Disgrace,” and Howe’s instrumental “Clap” also became parts of the group’s concert sets for years to come.
The Yes Album opened a new phase in the group’s history and its approach to music. None of it was pop music in the “Top 40” sense of the term. Rather, it was built on compositions that resembled sound paintings rather than songs; the swelling sound of Kaye’s Moog synthesizer and organ, Howe’s fluid yet stinging guitar passages, Squire’s rippling bass, and Anderson’s haunting leads all evoked sonic landscapes that were strangely compelling to the imagination of the listener.
The Yes Album reached number seven in England in the spring of 1971 and later number 40 in America. Early in 1971, Yes made their first U.S. tour opening for Jethro Tull, and were back later in the year sharing billing with Ten Years After and the J. Geils Band. The band members began work on their next album, but were interrupted when keyboard player Tony Kaye left in August of 1971. He went on to guest in Flash, the band started by ex-Yes guitarist Peter Banks. Kaye was replaced by former Strawbs keyboard player Rick Wakeman, who played his first shows with Yes in September 1971.
Wakeman was a far more flamboyant musician than Kaye, not only in his approach to playing, but in the number of instruments he used. In place of the three keyboards Kaye used, Wakeman employed an entire bank of upwards of a dozen instruments, including Mellotron, various synthesizers, organ, two or more pianos, and electric harpsichord. This line-up, Anderson, Squire, Howe, Wakeman and Bruford, which lasted for less than a year (September 1971 to July 1972), is often considered one of the band’s most important.
'When the guitarist Steve Howe replaces Peter Banks on 'The Yes Album', the group's approach gels around a much-improved set of originals.' (Rolling Stone)
Steve Howe, vocals, acoustic guitar, electric guitar
Chris Squire, vocals, bass guitar
Jon Anderson, vocals, percussion
Tony Kaye, piano, organ
Bill Bruford, drums, percussion
Produceb by Yes
Producer and engineer: Eddy Offord
Digitally remastered