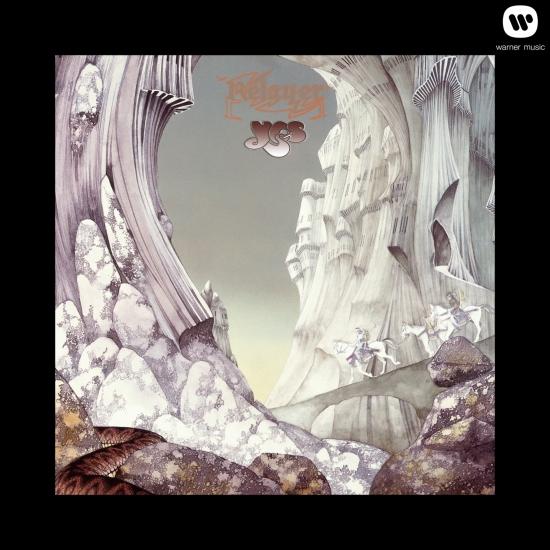 After the ambitious concept double album Tales from Topographic Oceans, Rick Wakeman left Yes to resume his solo career. The band auditioned several prospective replacements, the closest contender being the Greek keyboardist Vangelis. He did not become a member of Yes, but these auditions paved the way for several future collaborations between Vangelis and Jon Anderson. The band finally chose Swiss-born Patrick Moraz, previously of the bands Refugee and Mainhorse, as a replacement while this album was well into production. The album title comes from the lyrics of 'The Remembering (High The Memory)' from Tales from Topographic Oceans.
Relayer is the seventh studio album from the English progressive rock band Yes, released in 1974 on Atlantic Records. Relayer reached #4 in the UK (remaining 8 weeks in the Top 40) and #5 in the US (remaining 16 weeks in the Top 200).
It is the only Yes studio album to feature keyboardist Patrick Moraz, who replaced Rick Wakeman earlier in the year. Wakeman returned to his position in 1976.
Jon Anderson, vocals
Steve Howe, acoustic and electric guitars, vocals
Patrick Moraz, keyboards
Chris Squire, bass guitar and vocals
Alan White, drums, percussion
Recorded on Eddie Offord's mobile equipment in England during the late summer and autumn 1974
Engineered by Eddie Offord and Genaro Rippo
Produced by Eddy Offord and Yes
Digitally remastered by George Marino at Sterling Sound
Digitally remastered