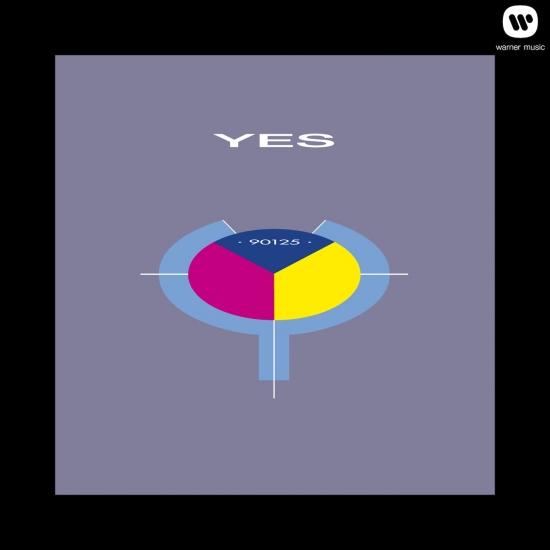 With the 1983 release of 90125 Yes pulled off one of the greatest comebacks in rock history. The album is notable for marking a radical shift in style, with Yes largely trading in their trademark 1970s symphonic progressive rock sound for contemporary, synthesized 1980s pop.
The lead single, 'Owner of a Lonely Heart,' became #1 in the US and drove the album into the Top 5 helping it sell three million units during a chart stay of 53 weeks, by far Yes's most successful album. Other top-ten-heavy-airplay tracks include 'Hold On', 'It Can Happen', 'Leave It', 'Changes' and 'Cinema' won the 1984 Grammy for the best rock instrumental.
90125 is their eleventh album and the first album since the breakup in 1980. It's the first album to feature Trevor Rabin, the return of vocalist Jon Anderson and marked the first time in twelve years that original keyboardist Tony Kaye had appeared with the group.
Even with a new musical approach, the heart and soul of Yes still remains firmly intact on this unique work of pop-art-rock. To quote a line from 'Owner Of A Lonely Heart,' it will excite, it will delight.
Jon Anderson, vocals
Trevor Rabin, guitar, keyboards, background vocals
Tony Kaye, keyboards
Chris Squire, bass, background vocals
Alan White, drums, percussion, background vocals
Additional musicians:
Johnathon J. Jeczalik, keyboard programming
Dave Lawson, keyboard programming
Recorded at Sarm Studios, London; 'Cinema' recorded live at Air Studios, London (Spring/Summer 1983). Tracks 10 to 13 recorded at Sunpark Studios, London (1/81)
Engineered by Gary Langan (tracks: 1 to 9, 14, 15)
Engineered by Nigel Luby (tracks: 10 to 13)
Engineered by Trevor Rabin (tracks: 10 to 13)
Engineered by Julian Mendelsohn (tracks: 1 to 9, 14, 15)
Engineered by Stuart Bruce (tracks: 1 to 9, 14, 15)
Produced by Trevor Horn (tracks: 1 to 9, 14, 15) and Yes (tracks: 2, 10 to 13)
Remastered by Bill Inglot and Dan Hersch
Digitally remastered